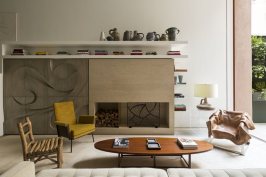 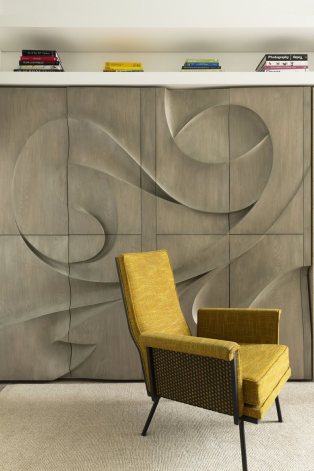 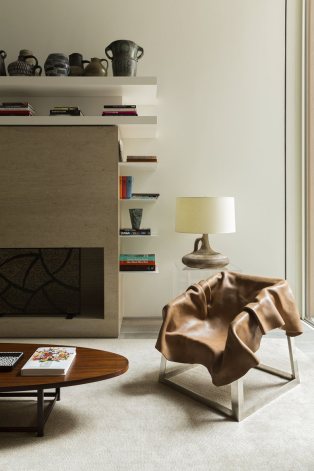 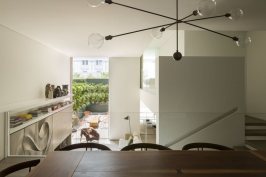 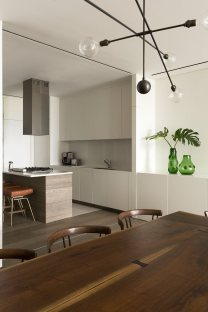 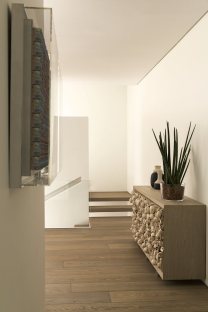 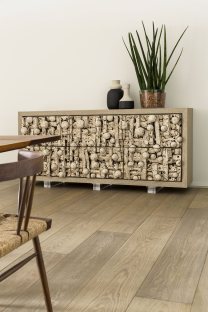 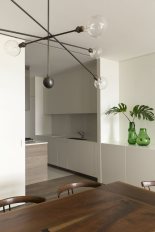 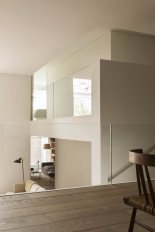 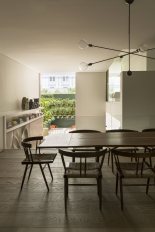 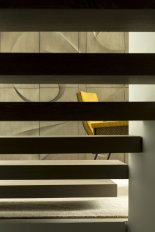 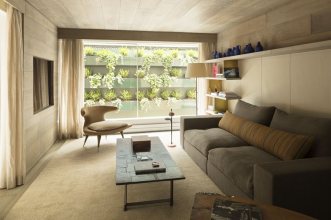 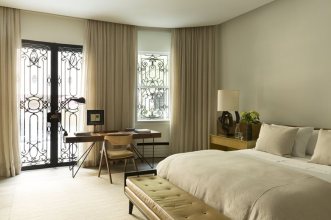 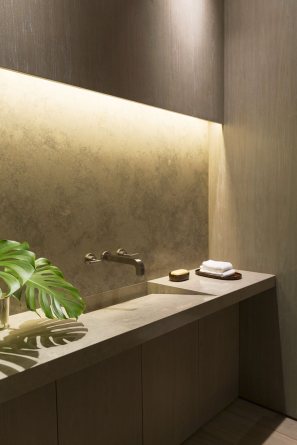 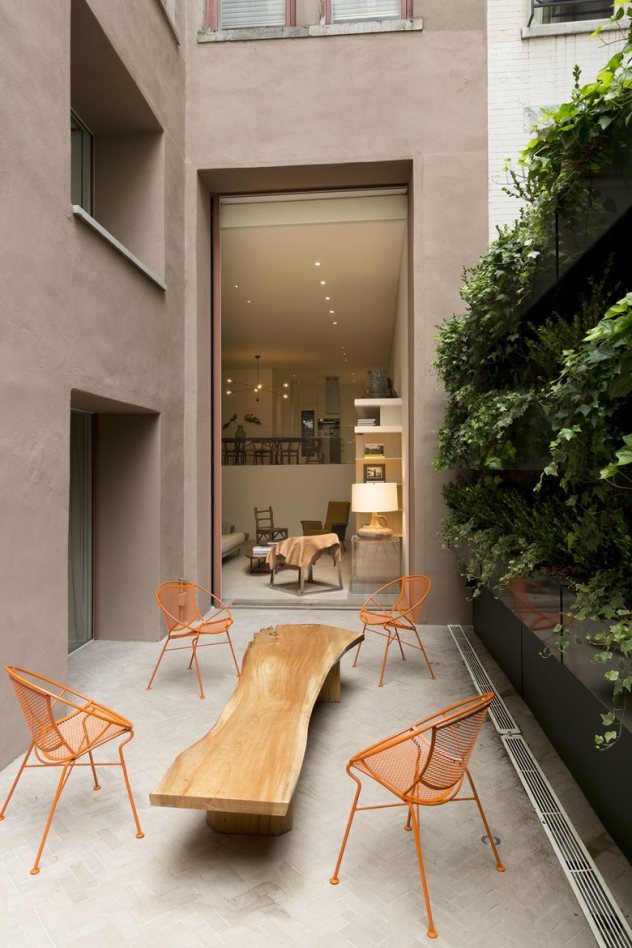 Built in 1910, this ground floor flat with garden, located near Central Park, undergone a complete renovation that transformed dark compartmented spaces into an open and luminous dwelling. Only structural walls and installations from the upper levels were kept, allowing total reorganization of the program in different layers.
The greatest challenge was to bring light and to enlarge the space in the core of the unit. The three levels have different heights, with the entrance on the intermediate level. To the left, the master suite is next to the building’s façade whereas the kitchen and the dining room are oriented towards the living room, with a powder room concealed in a volume in-between both.
With a 6 meters high ceiling, the living room connects all different levels. On one side were placed the stairs and a ‘passerelle’ to access the guestroom, conceived as a small suspended box; on the opposite side, the millwork follows the perimeter wall from the kitchen to the glass door that leads to the backyard.
The millwork is highlighted by the bespoken work of legendary American sculptor Michael Coffey. Twelve centimeter deep wooden doors were crafted to take organic shapes that contrast with the minimalism of the fireplace, the bookcase and the metal shelves. This grand object translates the organization of the project itself, composed of a section with several layers.
The library and home theater is contiguous to the living room, covered in American Oak, with openings towards the backyard. Outside, a vertical garden covers the walls and the flooring is made of concrete tiles following a herringbone pattern that extends to the walls of the basement courtyard, where a playroom and service areas were placed open to this winter garden.
Discrete neutral tones highlight the rusticity of the wood employed in the floor and ceiling. Natural fabrics, ceramics and leather bring warmth and coziness. Vintage furniture bought in New York antique stores make up a collection of several American design icons from the 1940s and 1950s, such as the dining table and chairs by George Nakashima. A bespoken buffet was designed by Peter Lane for the living room.
The result is a complete overhaul that transformed complex legal and structural restrictions into simple gestures that expand and integrate the spaces. This apartment was converted into a house, with flexible usages and a cozy atmosphere in the middle of Manhattan. 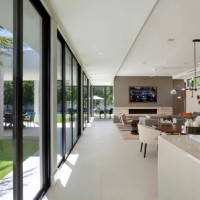